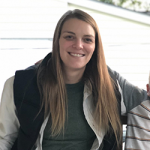 Many swear by keto, but just like other diets, it isn’t for everyone. The important things to consider when deciding whether or not to “go keto” after bariatric surgery are your current health status, your health goals, and how (and if) keto can fit into your life.

Following a Keto Diet after Bariatric Surgery: Is it Right for You?

If you’re looking for a dietary change that will still allow you to consume foods you enjoy while experiencing improvements in health, the ketogenic diet might be for you. Research on this diet seems to be increasing at the same rate as the web searches, so it’s likely more data on keto will keep getting published in the near and far future, perhaps providing even more robust evidence as to the diet’s efficacy.

Sure, there are criticisms. Many claim that too much saturated fat on keto could raise LDL cholesterol levels and other disease risk factors. Most research, however, has yet to show long-term harms from clinical use of the ketogenic diet.

The first medical use for ketogenic diets was treating epileptic seizures. Since its initial application in 1921, keto has come a long way, and is now used to treat a variety of medical conditions such as obesity and diabetes and treat risk factors for things like heart disease.

Ketogenic diets have been shown to be superior for weight and fat loss and weight loss maintenance when compared to traditional low-fat, high(er) carbohydrate diets.

A big contributor might be the aforementioned appetite-suppressing effects of the ketogenic diet. Reduced hunger can lead to fewer calories consumed, which will lead to weight loss in the long term and help keep weight off. But calories aren’t the only thing that matters.

Ketogenic diets may also benefit weight loss due to their proposed “metabolic advantage.” What this means is that, when matched for calories with a low-fat high-carb diet, a ketogenic diet results in a greater number of calories burned and results in more weight loss.

This is perhaps due to the thermogenic effect of protein (it takes more energy to digest protein than other macronutrients). Hormonal changes may also play a role, as ketogenic diets lead to reduced signaling for fat storage that comes with low insulin levels.

The metabolic abnormalities of impaired glucose tolerance and reduced or impaired insulin sensitivity may be improved by ketogenic diets.

A high-fat diet is being increasingly recognized as a first-line treatment for diabetes.

In some cancers, growth is potentiated by glucose availability, which provides energy for the tumor. It has been proposed that ketogenic diets may have anti-tumor effects due to their ability to lower glucose and insulin.

Of course, cancer is complex and no one solution exists for its treatment or prevention.

The benefits of a ketogenic diet for these conditions are thought to result from the fact that ketones provide an alternative fuel source to glucose, and could alter pH levels in the brain, which directly affects ion transporters and neuronal receptors.

The results speak for themselves.

Ketogenic diets have shown success in reducing the frequency of seizures in children with epilepsy, improving memory function in older adults at risk for Alzheimer’s disease, and improving Parkinson’s Disease rating scale scores in PD patients.

There are even some case studies indicating that ketogenic diets might be beneficial for sufferers of migraines.

It is important to recognize that ketogenic diets are not yet recognized as first-line treatments for any of the above disorders. 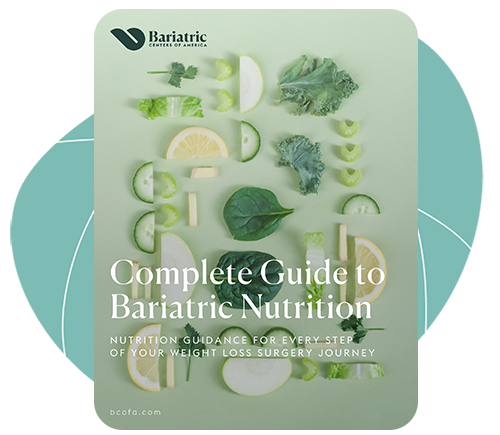 The utility of ketosis doesn’t end at the original application for epilepsy. Whether the goal is to improve body composition or run a bit further, ketogenic diets might have some application.

Perhaps one of the most well-observed “side effects” of a ketogenic diet is the reduction in appetite and claims of increased satiety.

This may be due to the emphasis on fat and protein consumption—two macronutrients that are thought to be highly satiating (they make you feel full).

As a result of reduced hunger, ketogenic diets may indirectly help people to eat less, have the same amount of energy (or more), and stop thinking about food all of the time.

A ketogenic diet may allow you to control your hunger, rather than have your hunger control you. In this way, this dietary approach seems to empower many individuals who are no longer subservient to their food cravings.

There seems to be an ongoing debate on which diet is best for performance.

Carbohydrates have long been prioritized as the fuel for high-intensity performance, and not much has changed in this realm. Sports nutrition still largely advocates strategic carbohydrate consumption for performance and competition given the available evidence.

However, there is an increasing interest in the use of ketogenic diets in the world of athletics, particularly those involving body composition concerns or requiring extreme endurance.

Compared to athletes consuming a “normal” (i.e. carbohydrate containing) diet, athletes adapted to a ketogenic diet can burn nearly twice the amount of fat, and burn fat at a higher exercise intensity.

1. Carbohydrates: Since the main objective of keto is to cut out carbohydrates, the first tip would be to find and eliminate the major sources of dietary carbohydrates in your diet. As a bariatric patient, you should keep total carb intake to around 25g per day or less.

The removal of a larger macronutrient in your daily diet (in this case, carbohydrates) will require that it’s substituted for something else in order to maintain caloric intake. That’s where fat comes in.

2. Fat: A recommendation for all keto-dieters is to eat fat until you feel full (which might not take long, as fat is inherently filling). Along with increasing your fat intake, try to integrate a good amount of fiber into your diet, particularly from leafy green and cruciferous veggies (like broccoli and cauliflower) as they are also low in carbohydrates. More starchy vegetables like potatoes are generally excluded for bariatric patients and keto-dieters.

3. Protein: As for protein, aim for about 0.5g of protein per lb of body weight (or 1g per kg, if you prefer the metric system). Individuals trying to lose weight might want to up this number a bit more.

Don’t worry about calories just yet. However, if you’re not seeing results on keto after several weeks or months, it could be beneficial to asses the number of calories you’re consuming and adjust from there.

Initially, track your macros using an app such as MyFitnessPal or an online keto diet calculator. Tracking will allow you to see what and how much of each macro you’re consuming to make sure that fat intake is adequate and carbohydrate intake is adequately…inadequate. For many people, having something to quantify is pleasing, and helps with dietary compliance and maintenance.

Having a prepared list will help you buy only the foods you need, and only those that fit within your keto diet framework.

After you shop, heaving a meal-prep strategy is also a good tip. Preparing weekly meals beforehand and packing food and snacks to take with you to work or to run errands is vital. This will eliminate the temptation to consume a non-keto snack.

Do a search for keto recipes online, become familiar with the popular keto-approved foods and ingredients, and experiment with different kinds of cooking methods. High fat consumption on keto might require that you change up dietary staples and food prep methods.

For instance, upping the use of oils like olive oil and coconut oil is a must. Adding heavy cream, butter, and cheese to dishes—something you might have once avoided—might become a daily occurrence. Fortunately, many high-fat options can be seamlessly (and deliciously) integrated into meals you’re already eating. 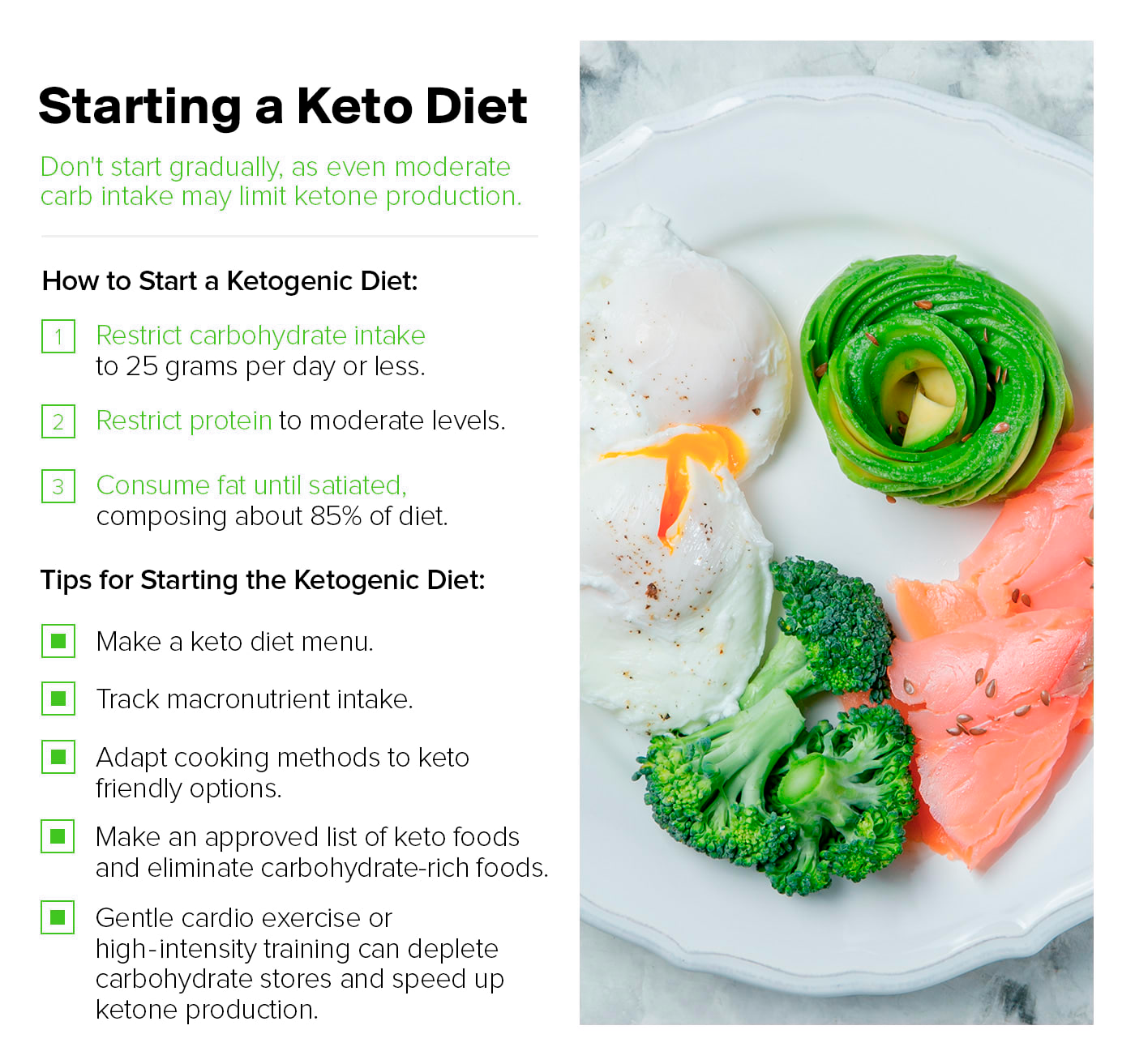 Before going full-bore into a low-carb high-fat diet, you might want to experiment with a few things early on which can “prime” the body for ketosis and make the transition a bit easier.

The first might be simply reducing your usual carbohydrate intake for a few weeks before starting keto—although you should already be used to a low carb diet as a bariatric patient.

Consider starting out with a smaller 16 – 36 hour intermittent fasts or some endurance exercise first thing in the morning. All of these will deplete muscle glycogen stores quicker and help your body become more adapted to utilizing the pathways involved with using fat for energy, which can jump start ketosis.

Another way to begin a ketogenic diet already in ketosis would be to use an exogenous ketone supplement. Exogenous ketone esters enables your body to run on ketones while it works toward producing its own ketones from fat stores.

Who should avoid keto?

If you happen to have a medical condition that could be positively or negatively affected by keto, it’s best to first talk to your dietitian before making any significant dietary changes.

For most people, carbohydrates have been the preferred and only source of oxidizable energy for most of their life. Because of this, starting a ketogenic diet may come with some side effects, colloquially referred to as the “keto flu.”

The keto flu is a series of symptoms that can occur in the initial 2 to 3 days after starting a ketogenic diet.

Blood glucose will be low (due to lack of carbohydrate consumption) but ketone production won’t quite yet be optimal enough to provide fuel for the brain, leaving it “starved” of energy. The initial stages of keto can also lead to rapid loss of body water, which takes essential minerals with it. This electrolyte imbalance can lead to some unpleasant symptoms such as nausea and dizziness. Due to the body sensing a “starvation response,” hormonal changes can also occur, such as an increase in cortisol.  This “stress response” is likely to dissipate after a week or so.

Symptoms of the keto flu will vary in severity and intensity on an individual basis, and some may not experience symptoms at all. 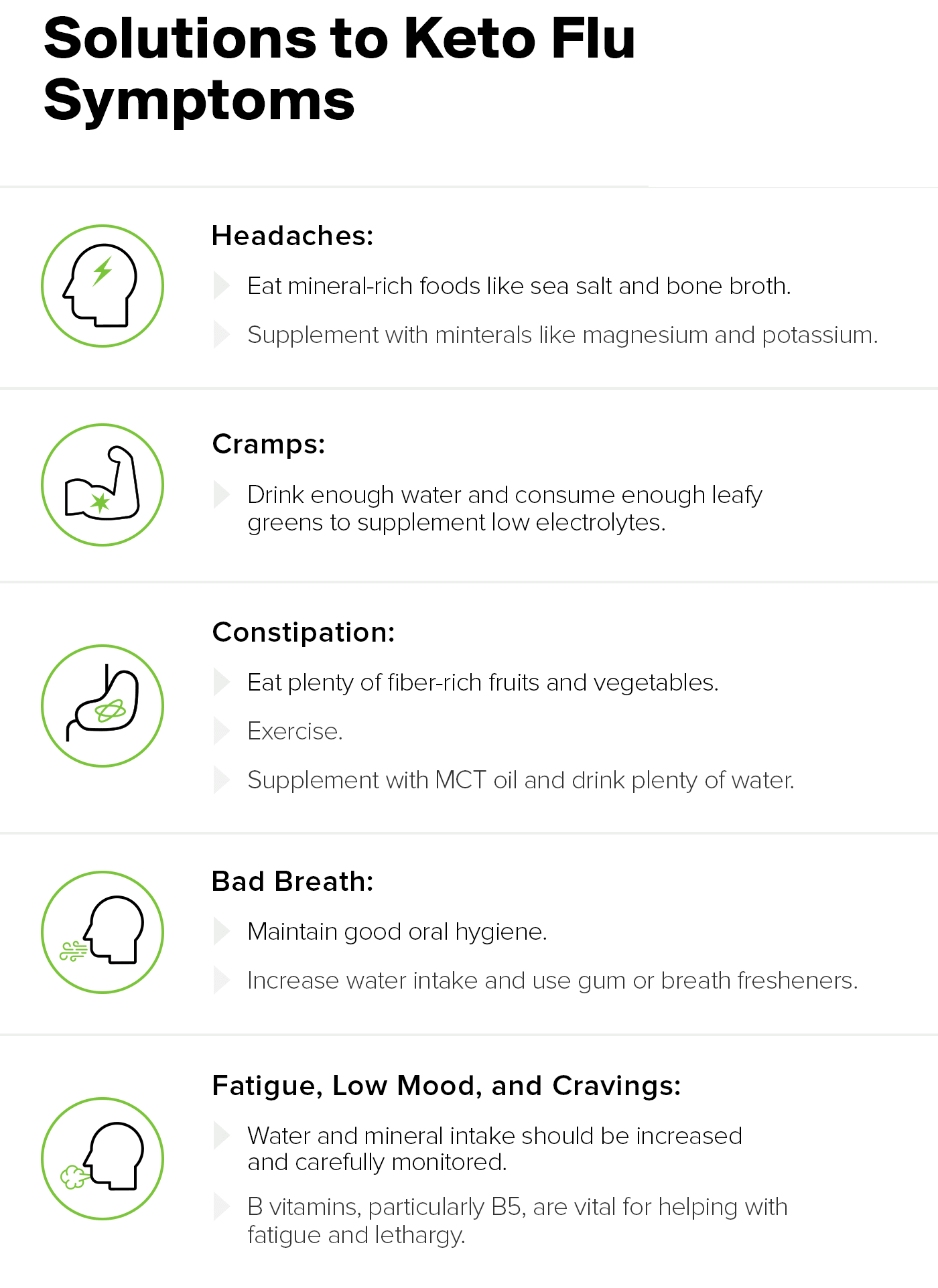 “Can I Cheat on My Ketogenic Diet?”

The short answer is no. Rather, you can, but you’ll get caught.

Consuming foods that are high in carbs can and will quickly stop ketone production by the liver.

Depending on how many times you’ve been in ketosis before, it might take a considerable amount of time to get back into ketosis. This will depend on other factors like exercise, carbohydrates consumed, and how adapted your body is at producing and utilizing ketones. Stay loyal.

With the knowledge of the benefits and risks, the “dos” and “don’ts”, and empowered with scientific research, you can begin to formulate a ketogenic diet that fits into your lifestyle. Diets The Bariatric Patient’s Macronutrient Breakdown on the Keto Diet 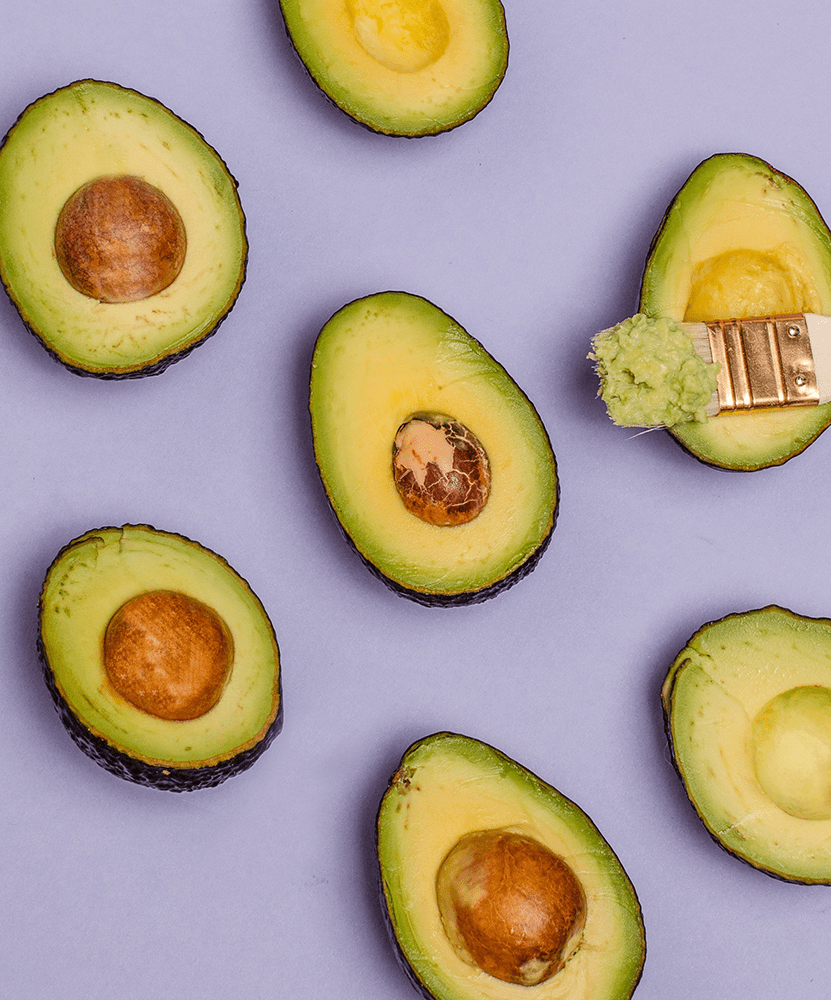 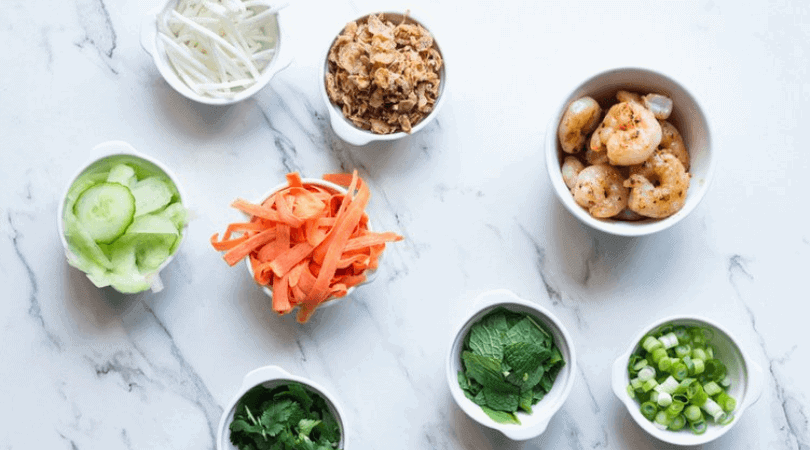 Diets Reasons You May Not be Losing Weight on the Keto Diet
TAKE THE NEXT STEP
See if this is right for you.
Schedule a consult